Ad orbem terrarum consociandum – Youths taking over the challenge of uniting the world. In keeping with this motto, 340 students, among them 7 from the Johanneum zu Luebeck, came from 12 different countries to participate at MUNOL 2019. Model United Nations Of Luebeck – an organisation that brings together youths from all over the world, who reconstruct and thus shall understand the UN’s work by lobbying, debating, coming to compromises and in the end agreeing on solutions tackling current issues.

“Are we getting ready for the future?” was this year’s guiding question referring to the proceeding of combating common issues already influencing the future global community’s well-being.

Prior to the conference every student was assigned to a country or organisation whose interests he would represent as a delegate. We, the delegation coming from the Johanneum, were prescribed to assume the role of the Netherlands. Furthermore each delegate is dedicated to one of the 11 committees which also determines the topics he will prepare beforehand and finally debate on during the committee’s sessions. He therefore has to do research about his country’s attitude toward each topic in order to achieve authentic discussions on the issues.

On Monday, 20th May, all delegates, the chairs moderating their committee’s debates, the MUN-directors, host families and last but not least the conference management and staff team met at the Thomas-Mann-School (TMS) for the registration, presenting a quite unusual spectacle as half of the students had baggage and suits with them. Subsequently, most of the first-timer delegates went to the aula, where they were informed about the procedures during MUNOL sessions. At 7 pm the welcome ceremonies took place in Luebeck’s town hall, followed by a first committee meeting in Luebeck’s bars and restaurants.

Anyways, the official opening ceremonies started on Tuesday at 9 am in the MuK with plenty of speeches given by the Secretaries General Johannes Willert and Amelie Dresel, the President of the General Assembly Leonard Roemer, the president of Luebeck Gabriele Schopenhauer and finally every delegation’s opening speech given by their ambassador. After returning to the TMS for lunch, all committees started their first session, whether it be by listening to a guest speaker, debating on the fun topic of prohibiting “hol(e)y cheese” or already having every delegate deliver an opening statement. The second day of MUNOL ended with a common chill-out at the “Strandsalon”, a very suitable location especially when keeping in mind it was raining cats and dogs this evening. 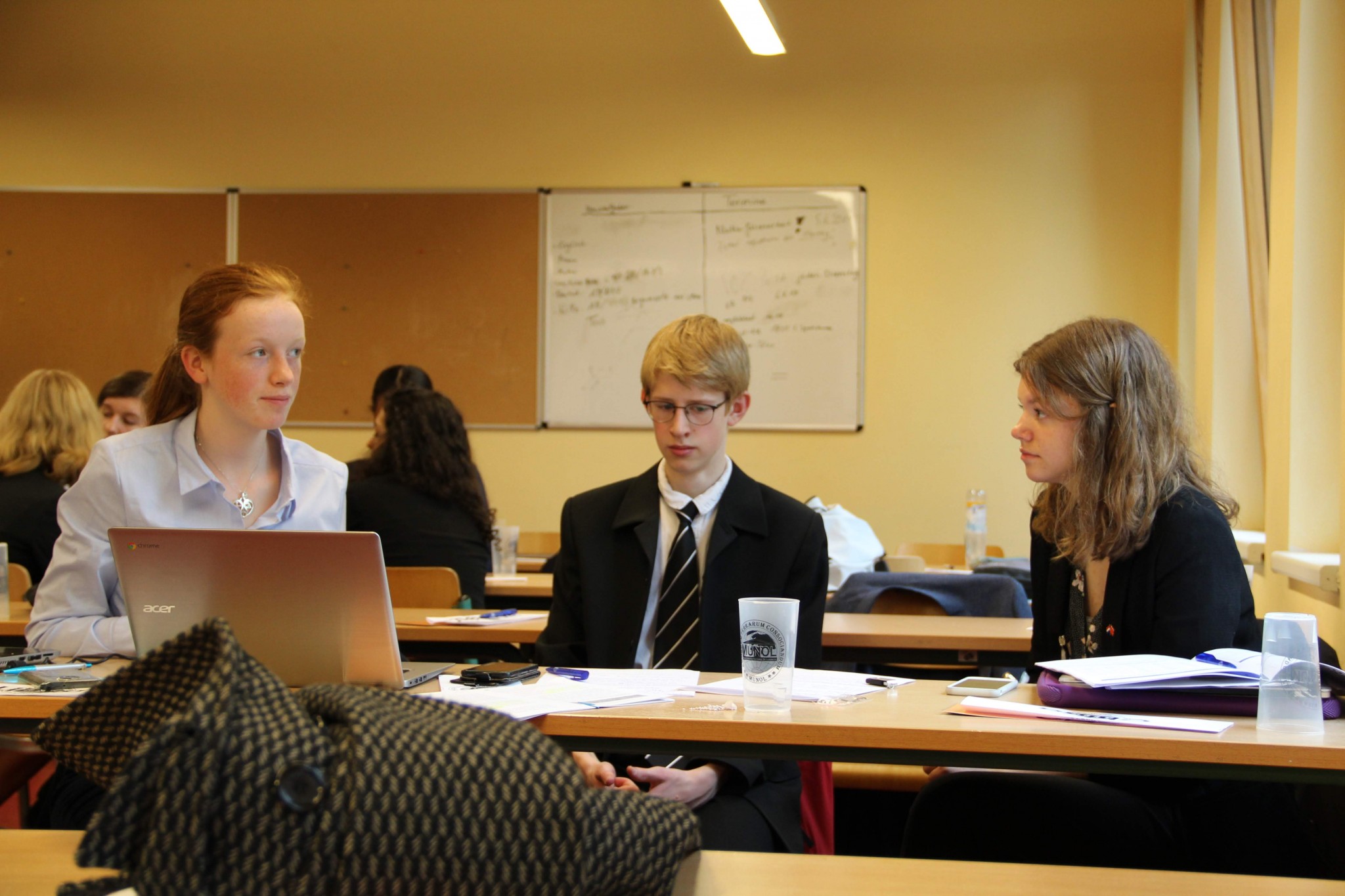 Following a way too short night, on Wednesday at 9 am we started lobbying, i.e. the delegates of countries representing similar opinions on the particular topics gathered together and began compiling a resolution in which they propose solutions combating the issue. After having the teachers working at the “Approval Panel” correct the finished resolutions, every committee started discussing their respective resolutions until 5 pm, as the programme already continued at 7 pm with a movie evening at the Cine Star, where we watched the themed movie “The Darkest Hour”. Those two days of MUNOL had indeed been so exhausting that the movie sound was accompanied by some students’ snoring.

Luckily, these people in need of sleep got the opportunity to rest on Thursday’s free evening, after a day full of animated discussions, many coffee breaks and cheerful punishments. The latter were imposed on inappropriately clothed or tardy participants and could for instance be conducted by proposing to a chair, singing one’s favourite song a capella or giving a nonsense speech.

One of the passed resolutions of each committee was discussed on Friday, when the committees being part of a bigger assembly (GA, ECOSOC, SCT) gathered together with their particular other bodies.

To conclude the evening, a party was scheduled at 9 pm on the Cargo Boat, giving all participants, hosts and staff members the opportunity to meet each other outside the framework of MUNOL sessions.

The last day of the conference began with a further assemblies’ meeting, during which all divisive debates on the resolutions were completed. After lunch, the closing ceremonies took place in the OzD. The consumption of tissues extended dramatically, as scarcely anybody could say they did not get emotional, seeing the Conference Managers terminate their year of hard but successful work of organising the conference, when listening to regular MUN-directors e.g. “Mr. P”, who announced he just became grandfather, or when saying good-bye to other participants who became dear friends during the week. After this last meeting, the very exhausting but also exciting and instructive week of MUNOL had ended. 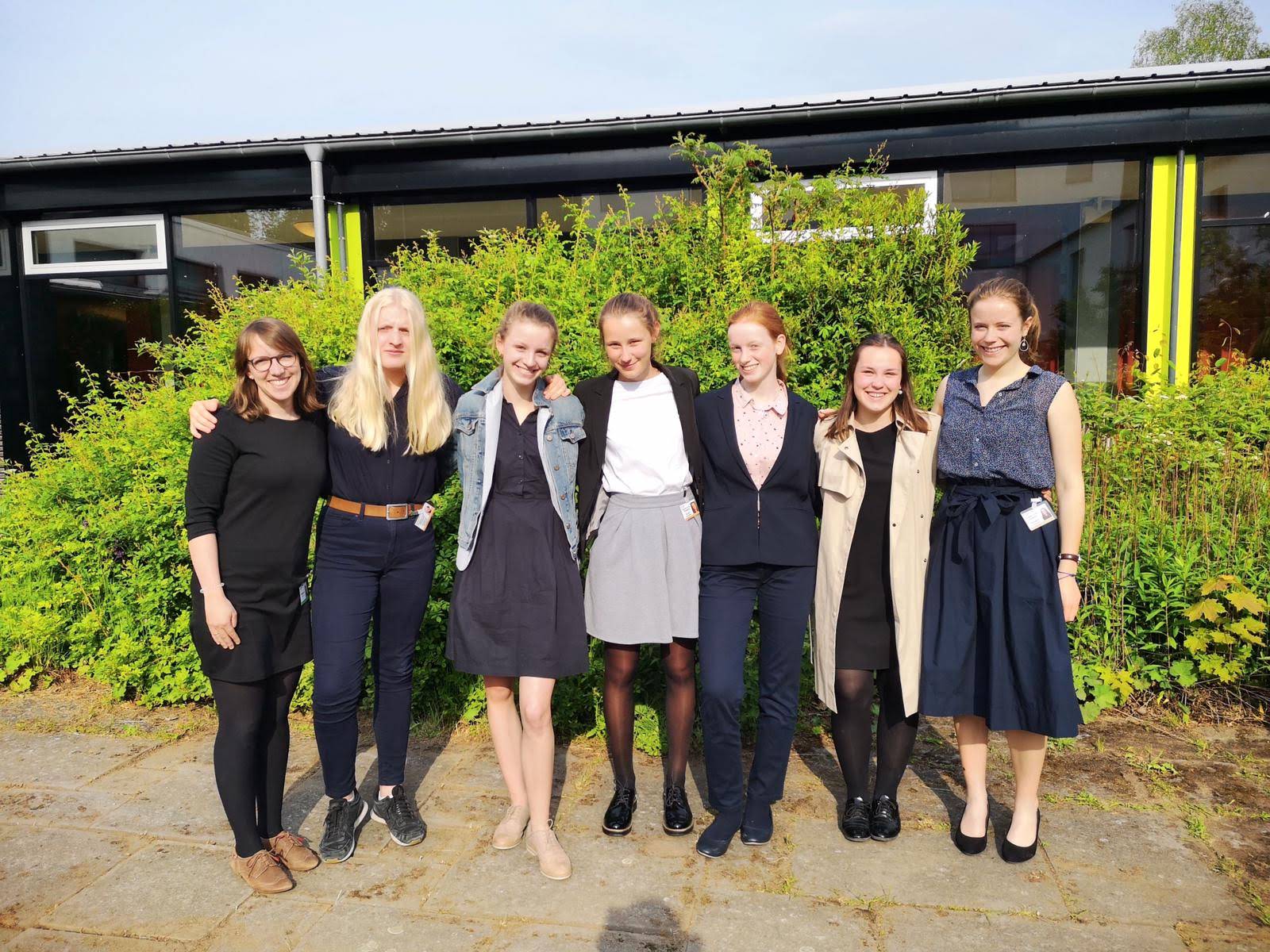 I believe I can speak for all participants when saying this MUNOL conference was a great experience, as we got a little insight in the United Nations’ work, met nice people coming from different cultures and additionally improved our English and debating skills. Therefore, I can warmly recommend every student interested in politics or speaking English to take part in next year’s MUNOL. All in all, one having participated in the conference can only agree that this MUNOL has indeed given us a better understanding of different countries’ cultures as well as their political positions and thus has served its purpose of uniting the world.

Finally, I want to sincerely thank our MUN-director Mrs Wiegand for preparing us that well, sparing time for our meetings and always offering advice.